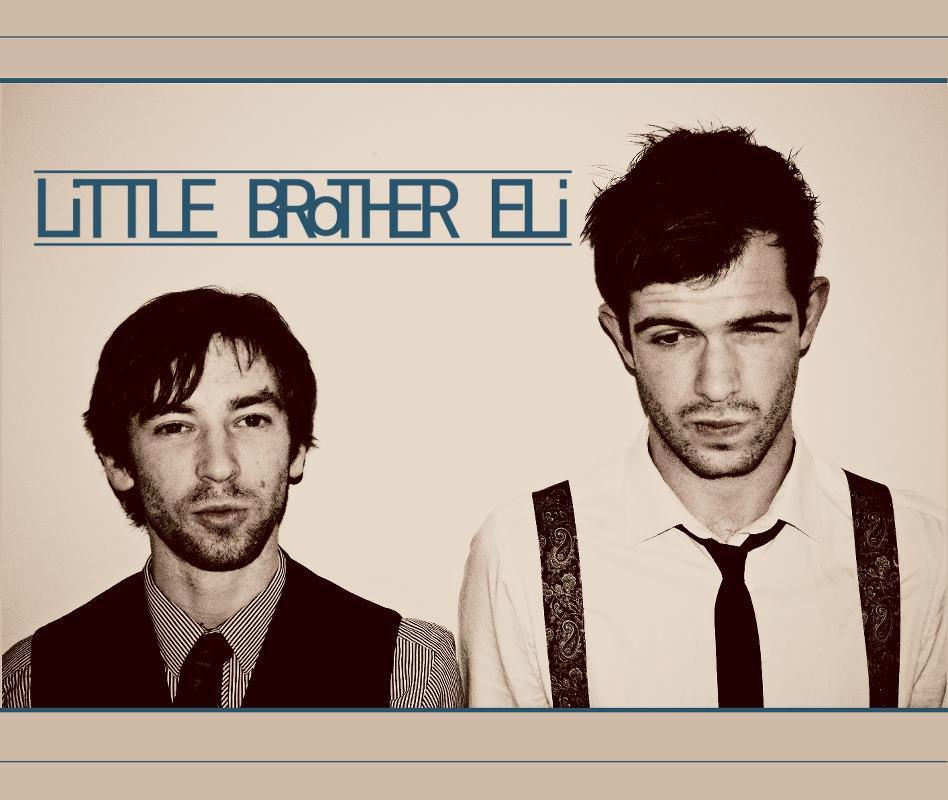 One of the new faces of modern blues and rock is called Little Brother Eli. A new duo with Alex Grew on lead vocals and guitarist Joshua Rigal. The band is inspired by modern rock, as well as blues, soul and hip hop – with rock as their main ingredient. The band has played together for a little over 6 months only and have their a self titled debut 3 track EP out now. 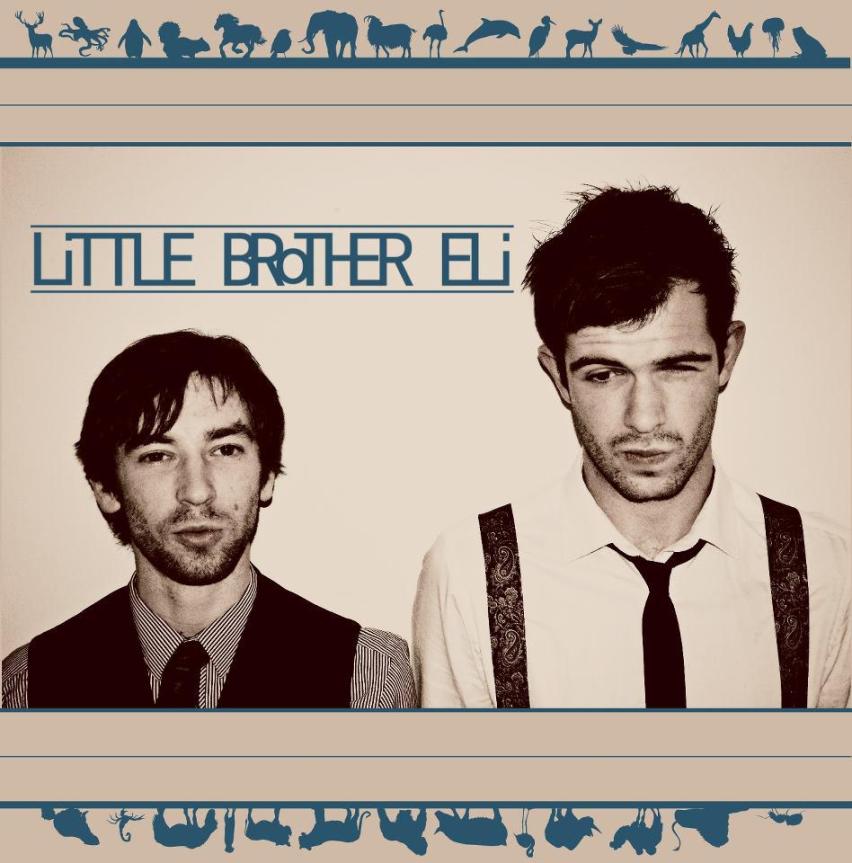 The three tracks is quite and eclectic sounding and the EP kicks off with the rock track “Animal Fair”; A raw live-in-the-studio sounding rock song with dirty guitars and a vocal intro – not to far from Elvis “Trouble” – before drums and disco´ish high-hats kick in. The guitars make me think about the dirty sound of Jimi Hendrix´ played with his six string when playing live. The sound is raw and if you draw a line from Jimi to Jack White – you´re not too far from the sound of Little Brother Elis first track.

When questioning the bands guitar player Josh Rigal about what artist they are inspired by
And by asking what are their favorite records are – you´ll get an exiting sneak peek into their eclectic rock sound.

-Both Alex and I draw a great deal of inspiration from the likes of Jack White, Led Zep and The Black Keys, but we each have our own personal musical influences which we bring to the project. For example, I know Alex learnt a great deal about melody by listening to his dad’s Electric Light Orchestra (ELO) records. Equally I’d say Stevie Wonder and Beastie Boys are two influences for me which I hold close to Little Brother Eli.

As you can see from Josh answers, Little Brother Elis eclectic style even draws inspiration from hip hop and soul, and on the second track “Awkward Position” you can clearly hear hip hop inspired drum playing. There´s no studio flickering here, just a great slice of their soulful-blues-inspired rock. Real music, real musicians!

Do you both write the songs together? Who comes up with the ideas? And does the songs or melodies come first?

-Our writing process started off fairly unconventionally, separated by 167 miles between London and Sheffield, we we´re emailing bits and pieces of melodies, riffs and beats back and forth. When we properly got together and wrote the material however, it tends to be a similar case. Alex might turn up with a melody, single line of lyrics or occasionally a whole song that just needs piecing together. Or I’ll sit down at the piano and feel something out and we’ll build the song section by section until the day is out or the song is finished. There’s no set formula, it just kind of comes together when we set ourselves to it.

I had to ask the band about if there will be a full album, and when is it planned to be released?
Can we expect to hear more of the same?

-As I alluded to earlier, we do have material. For us though, we’re just starting off. Our fan base is slowly growing, we’re playing more and more live shows and we’re working really hard to build a project which has some legs. So we don’t have the audience or financial capabilities to put together an album quite yet. It’ll get there though. We’d like to hope within a year? maybe? possibly?

-With regards to what can be expected…A carefully arranged selection of songs, put together to create some interesting dynamics. You’ll hear a more full spectrum of our musical preferences. Swing, funk, soul, rock, blues, hip hop – however it comes.

The last track on the EP is my favorite track and the song where the band let their musical influences really shine through. A real show off track, in a positive way; It´s called “When she sings” and is an eclectic song that mixes bluesy soul, with a bit of Jeff Buckley inspired vocals, that suddenly glides into a short raw guitar solo in front of the mix. After the short solo, the song slips into reggae then a bit of do-wop which segues into a sing-a-long la-la bridge before it ends like it starts; as a soul track, with a falsetto vocal. All this is done within 3 minutes. 6 musical genres into one short three-minute song, almost like mini-miniature rock opera. Fantastic and amazing! 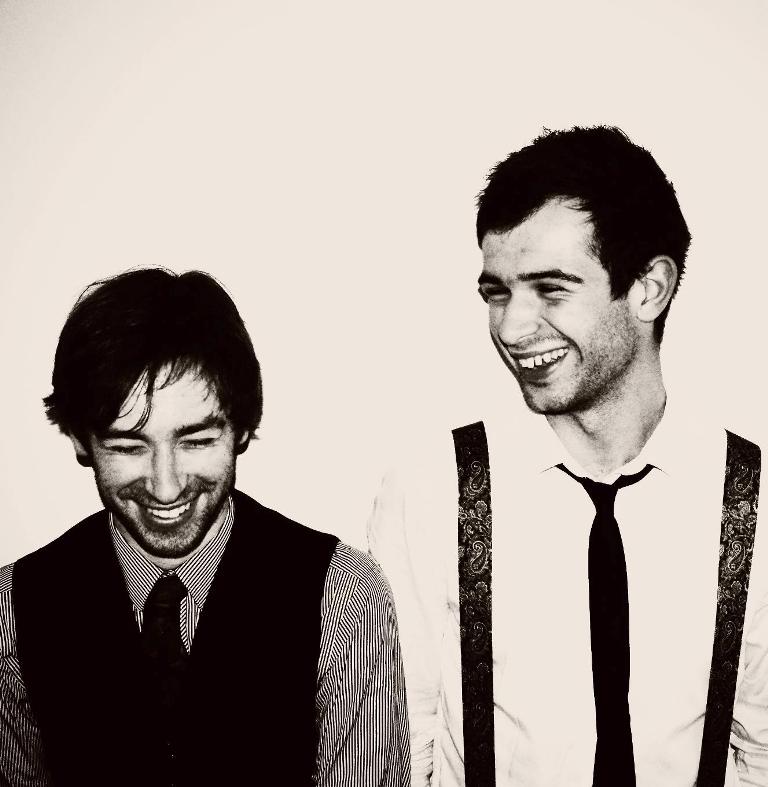 I can’t believe you only have played together for a half-year, how did you meet? Have any of you played in bands or had solo earlier? When did you first start to play music ?

-Alex and I have been friends for a long time. We used to play in a band together as teenagers, as you do. We learnt a lot, built on our craft and had great fun for 5 years or so. That group disbanded, but a few years later Josh and I were hanging out and decided to jam out a song together and lay it down on the laptop. We’d always had great results writing together, but It was at this point we decided we should write a whole album’s worth of material, and the project kind of built up from there.

-My first instrument was the trumpet at age 10, but that took a back seat at about 16 yrs, when I discovered my love for bass guitar. Alex tells me that he’s been making noises and dancing about ever since he could stand. Although he’s had no musical training, he’s been performing and singing from a young age, but has really found his voice in the last few years.

Do you wanna read or hear more about and from the band?

If I should choose a tagline at the end, why you should love Little Brother Eli, I´d love to quote vocalist Josh Rigals own worlds: